DrivenData.org is a machine learning competition web site similar to the better known Kaggle.com site with a different angle. It focuses on leveraging Data Science for social issues. And it’s based in Boston!

For the learning Data Scientist, DrivenData offers a good alternative to Kaggle. With less exposure comes less competition. which means that you can actually reach decent positions on the leaderboard without commiting to a Monk’s life. Even though some of the best Kagglers can also be found on DrivenData Leaderboards.

The code is here

The entry level competition is a supervised multivariate classification prediction problem around blood donation prediction. Given the past donation behavior of 748 donators, the goal is to predict if these people will or won’t donate blood on a future given month.

The set of features is simple and is commonly known as the RFM model. It has been used extensively in marketing modelization of potential customer behavior.

Knowing i) the Recency [R]: duration since the last blood donation (or purchase), ii) the Frequency [F]: the total number of donations (or puchases) and iii) the Monetary [M]*: the amount of blood donated (or the amount of money spent), the challenge is to predict a binary variable representing whether or not the person will donate blood (or make a purchase).

In our context, a 4th feature has been added: the Time [T] as the number of months since the first donation. We are dealing with a RFMT model, sometimes also called a LRFM model with L as length.

The DrivenData set has been split into a training and a test set. The training set is composed of 576 rows and the testing set of 200 rows. The features are titled (as in the original UCI dataset):

Since the volume of blood donated is always the same per person and per donation, the feature: “Total Volume Donated (c.c.)” (Monetary) is exactly proportional to the “Number of Donations” (Frequency) with Monetary = 250 * Frequency. The donors gave 250 c.c. of blood each time.

The evaluation metric used is log loss. The predictions are the probability that a donor made another donation in March 2007.

A first look at the train set:

I will rename the features first to avoid dealing with long variables names with whitespaces and to be closer to the RFMT model.

And finally removing the target (y) from the train set and keeping the adequate features only. 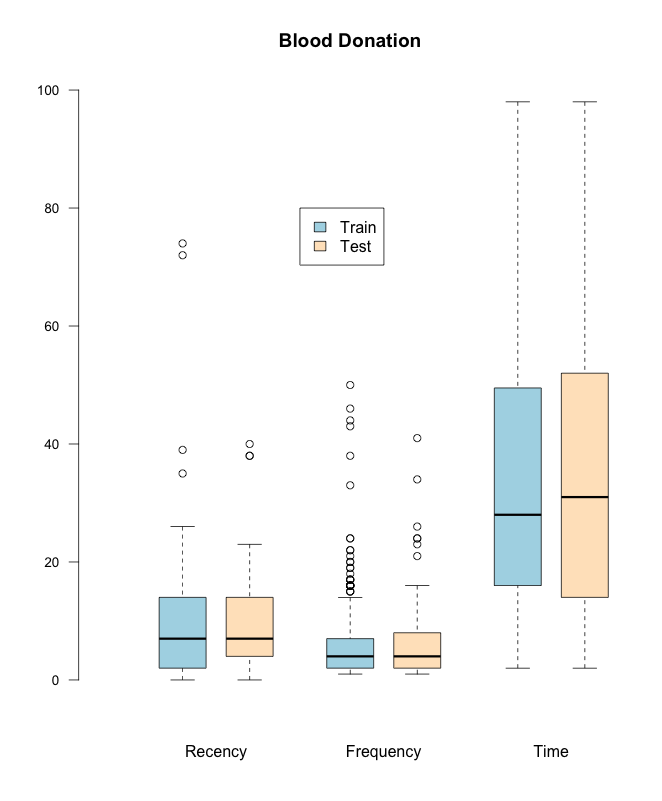 Let’s check the Recency outliers for the train set.

Basically these 4 persons have not been giving their blood in the past 35, 39, 72 and 74 months. 3 of them have donated only once (Frequency = 1 or Time = Recency) and none of them have donated in March. This looks coherent and these outliers appear to be relevant to the train set as opposed to being anomalies due to human errors.

Similarly, let’s look at the Frequency outliers, people who have donated more than 30 times.

This subset is composed of frequent donors:

Of the 2 who have not donated in March

This is highly coherent and these outliers are also probably legit. So we’ll keep the outliers from the train set.

Let’s now compare the feature distribution for the people who have donated in March and those who have not. 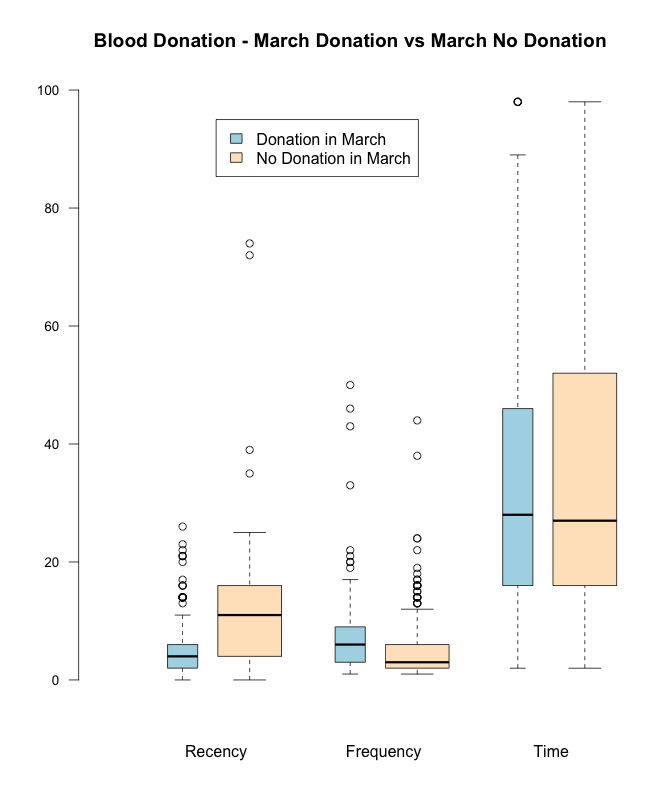 Fig 3 shows the correlation matrix between the 3 features for the train set.

The correlation between Frequency and Time was to be anticipated. The more people have donated the earlier they started donating.

The data description on the UCI repository states that: “The center passes their blood transfusion service bus to one university in Hsin-Chu City to gather blood donated about every three months.”

Which is at odds with the fact that different Recency numbers are not factors of 3:

Some people have given several times in a month although there is a compulsory minimum time between donations. (… for the red cross for instance)

No such cases can be found in the test case. It has been suggested that these donations were possibily platelets donations which follow less strict Frequency rules than blood donations.

Next: Feature Engineering and Feature Importance for Gini and Accuracy metrics in Random Forests