After a brief presentation of the Google Cloud Storage service, I will list the most important and useful gsutil command lines and address a few of the service particularities. 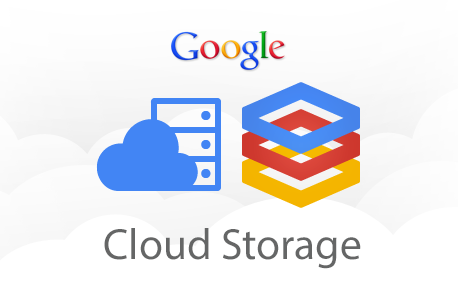 Google Storage price structure depends on location and storage class and evolves frequently. At time of writing prices are $0.026 per Gb-month for Standard , $0.01 for Nearline and as low as $0.007 for Coldline storage with a Multi-regional location. See the pricing page for uptodate prices. See also Google Cloud Storage on a shoestring budget for an interesting cost breakdown.

The slash / character is part of the object filename instead of being an indication of an existing folder. As Google calls it, this object naming scheme creates ” the illusion of a hierarchical file tree atop the “flat” name space”.

Although this is transparent most of the time, virtual paths may results in misplaced files when uploading a folder with multiple subfolders. If the upload fails and needs to be restarted, the copy command will have unexpected results since the folder did not exist in the first upload but does with the second try.

In order to avoid these weird cases, the best practice, is to make sure to start by creating the expected folder structure and only then upload the files to their target folders.

Gsutil is the command line tool used to manage buckets and objects on Google Storage. It is part of the gcloud shell scripts. Gsutil is fully open sourced on github, and under active development.

Gsutil goes well beyond simple file transfers with an impressive lists of advanced gsutil features, including:

Before diving in these powerful functionalities, let’s walk through a simple case of file transfer. If you don’t have gsutil installed on your local machine or cloud instance, follow the Google Cloud SDK install instructions for your OS in order to get started. You may need to sign up for a free trial account.

Getting around with gsutil

In the following examples, I create a bucket, upload some files, get information on these files, move them around and change the bucket storage class.

All buckets names share a single global Google namespace and must not be already taken.

Note that there are certain restrictions on bucket naming and creation beyond the uniqueness condition. For instance you cannot change the name of an existing bucket, and a bucket name cannot include the word google.

where the -h flag makes it human readable

Consider for instance a local ./img directory that contain several image files. We can copy that entire local directory and create the remote folder at the same time with the following command:

The bucket now has the virtual folder /img.

When moving large number of files, adding the -m flag to cp will run the transfers in parallel and significantly improve performance provided you are using a reasonably fast network connection.

gsutil supports * and ? wildcards only for files. To include folders in the wildcard target you need to double the * or ? sign. For instance, gsutil ls gs://<bucketname>/**.txt will list all the text files in all subdirectories. The wildcard page offers more details.

Gsutil full configuration is available in the ~/.boto file. You can edit that file directly or via the gsutil config command. Some interesting parameters are:

Cloud storage compatibility is powerful. Not only can you migrate easily from AWS S3 to GCP or vice versa but you can also sync S3 buckets and GCP buckets with the rsync command.

Further ACL details are available in the ACL page

The gsutil rsync makes the content of a target folder identical to the content of a source folder by copying, updating or deleting any file in the target folder that has changed in the source folder. This synchronization works across local and GCP folders as well as other gsutil cloud compatible storage solutions such as AWS S3. With the gsutil rsync command you have everything you need to create an automatic backup of your data in the cloud. The rsync command follows:

Consider a local folder ./myfolder and the <bucketname> bucket, the following command synchronizes the content of the local folder with the storage bucket:

The content of gs://<bucketname> will match the content of your local ./myfolder directory, effectively backing up the local documents.

If you don’t want to have to run the gsutil command every time you make a change in the source folder, you can set up a cron job on your local with crontab -e or the equivalent for windows machines. For instance the following cron job will backup your local folder to Google Cloud every 15mn.

Bucket versioning is a powerful feature that prevents any file deletion by mistake. Enabling and disabling versioning is done at the bucket level with the command:

When versioning is enabled on a bucket, objects become accessible by specifying their version number. Listing the content of a bucket will show the version numbers of its objects as such:

To retrieve the correct version, simply append the version number to the object name in the cp command.

The object versioning page offers more details on the subject.

Signed URLs is a mechanism for query string authentication for buckets and objects. In other words, Signed urls provide a way to give time-limited read or write access to anyone in possession of the URL, regardless of whether they have a Google account. To create a signed url you first need to generate a generate a private key following these instructions. Click on Create a service account key, select your project, and download the JSON file that contains your private key.

Note that signed urls do not work on directories. If you want to give access to multiple files you can use wildcards. For instance the following command will give access for 10 minutes on all the png files in the gs://<bucketname>/img/ folder.

Service accounts are special accounts that represent software rather than people. They are the most common way applications authenticate with Google Cloud Storage. Every project has service accounts associated with it, which may be used for different authentication scenarios, as well as to enable advanced features such as Signed URLs and browser uploads using POST.

Lifecycle configurations allows you to automatically delete or change the storage class of objects when some criterion is met.

To enable lifecycle for a bucket with settings defined in the config_file.json file, run:

For instance, in order to delete the content of the bucket after 30 days, the config file would be: Example: delete after 10 days

While changing storage class of a bucket to Nearline after a year would be:

Google Cloud Storage is a fully featured enterprise level service which offers a viable alternative to AWS S3. Prices, scalability, and reliability are key features of the service. I’ve been using Google Storage for awhile across different projects and find it very user friendly. Definitely worth testing if you need to store significant amount of data.